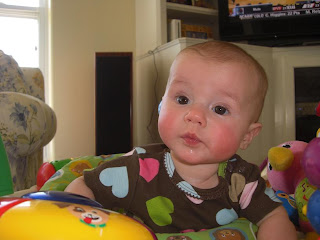 Last week, Chloe traveled to Houston with Sara's family, and I went to Colorado on a ski trip with my family. During the ski trip planning, I had decided that I was not going to go because I did not want to take Chloe to Colorado in February. A few weeks before the ski trip, Angie (Sara's sister) called and asked if she could take Chloe to Houston for a family wedding. She thought it would be a good time for Sara's extended family to see and spend time with "Lil' Chlo-Chlo." Mom told me that she thought it was a "sign" that I should go on the ski trip. I bought a ticket and it ended up being a great time. Sara's family got to spend a week of quality time with Chloe and I got to "shed responsibility" for a week. It was good for everyone involved. 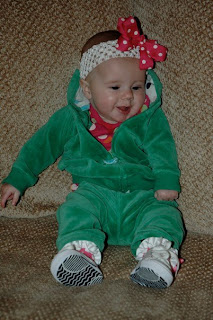 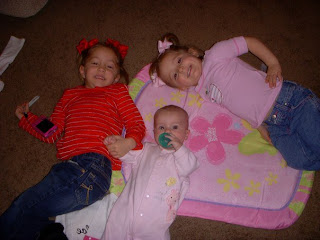 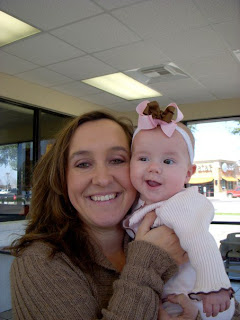 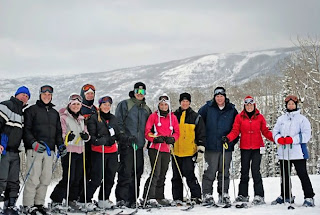 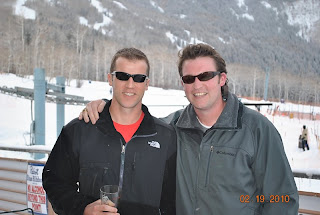 Powderhorn, Colorado
While in Colorado, the 1 year anniversary of Sara's mammogram occurred (the day we found out she had cancer). Once again, I was shocked at all that had transpired in 12 months. The following day was the 5 month anniversary of Sara's death. It was not until that point that I realized that Sara died only 7 months after she was diagnosed! A few times each week, I still shake my head and cannot believe that she is gone.
On the long President's Day weekend, Chloe and I stayed home in San Antonio. It was a weekend of reflection for me. Since Sara died, I tend to eat my meals standing at the kitchen counter. Setting the table for one was always too visible of a reminder of my current situation. On Friday night, I grilled a steak, baked a potato and made a salad. I set the table and realized that I was okay with my "new normal" and the single place setting at the table. Chloe was in her swing next to me and we enjoyed a nice meal. In a previous post, I referenced the verse Phillipians 4:11 - "...for I have learned to be content whatever the circumstances." I think I was forcing myself to be content, but now, I can truly say that I AM content with my current circumstances.
When Sara's fam was visiting, back in November, I thought I was ready to go through some of Sara's stuff. We got all her shoes and set them out in the garage and started to sort through them. I wanted to keep some for Chloe, wanted Angie to have some of them, and wanted to give some of them away. As I stood in my garage looking at all her shoes, I had to consciously fight back tears as I decided what to do with each pair. Each pair of shoes went with an outfit that Sara wore when we _______. 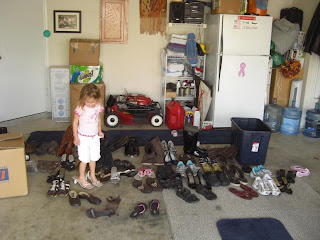 Seeing her hiking boots, with dirt still on them from our hike to the top of Mt. Fuji, brought on a wave of emotion. Seeing the shoes that she wore at our wedding brought on a wave of emotion. Seeing her tennis shoes that she taught aerobics in brought on a wave of emotion. Needless to say, I was not ready to go through her stuff. I put most of her shoes back in the box and put them back in the closet.
On Saturday morning, I woke up and felt ready to go through her closet. A few months ago, I bought some big Rubbermaid tubs to store her things until I figured out what I wanted to do with them. I know that I am saving all of the clothes that Sara wore when she held Chloe. As I was folding her clothes, a rerun of Extreme Makeover - Home Edition came on the TV. The story was about a young couple with 3 young boys. The mom was 28 when she found out that she had cancer. She died 6 months later and was buried on her 29th birthday. Sound familiar? As they were walking through the finished house, they showed a big picture of the mother on the wall of the house. The story was too similar... 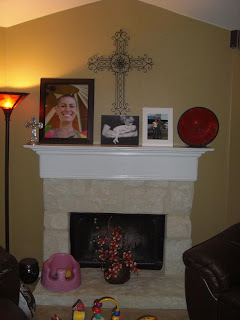 As I was folding Sara's clothes, with our baby on the bed next to me, tears started streaming down my face.
Through this "journey of grief," I have never tried to push certain feelings away. As the different emotions arise, I just "roll with them." Of course, there have been tears, but that was my first time since we were in the hospital on Sara's final day, that tears have flowed like that. I had been waiting on an emotional outpouring...and it happened.
This past week, Chloe received a package in the mail. It was sent from Sara's cheerleading coaches from high school. Sara was the head cheerleader at Deer Park High School 11 years ago and absolutely loved being a cheerleader. After we were married, it was not uncommon for Sara to get excited and spout off a cheer from her high school days. I would look at her, shake my head and just laugh. If she got really excited, she would start to do those "cheerleader jumps." She was so full of life!

Sara's coaches had a Build-A-Bear made wearing a DPHS cheerleader outfit. They also sent Sara's old cheer outfit for Chloe to have. 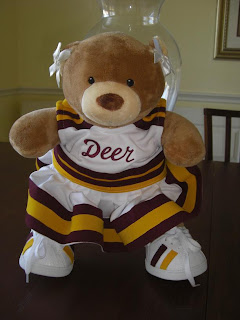 Here is the an excerpt from the letter they sent to Chloe...
Dear Chloe,
We wanted you to know a little bit more about your very special mother. She was a cheerleader here at Deer Park High School for four years, and she became a special part of our lives.

She was proud to represent her school, and she was committed to the success of her teammates. She always came into practice with the goal of helping everyone have a good day, and she wrote us a letter once telling us that one of her favorite things to do was to make us smile. We kept that letter and treasure it today.
We hope this bear will help you know the "spirit" your mother added to the lives of many students and teachers here at Deer Park.
Our blessings to you as you grow,
DPHS Cheer Sponsors

Here are a few more recent pics of the little lady. 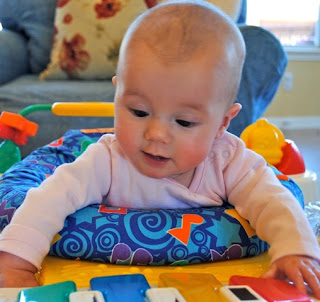 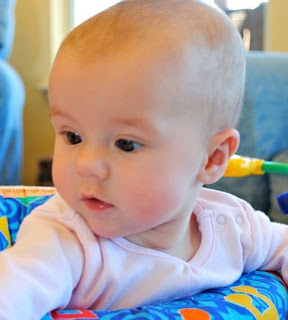 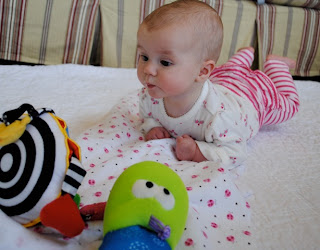 This past week I heard a new song by Mark Shultz, called "Love Has Come."
Posted by The Sullivans at 9:54 PM 47 comments: